Driven by Purpose: Tokyo Olympics 2020 bringing in the theme of Hydrogen-powered Sustainability

“The 1964 Tokyo Olympics left the Shinkansen high-speed train system as its legacy. The upcoming Olympics will leave a hydrogen society as its legacy,” declared Yoichi Mazuzoe, Governor of Tokyo.

With the widespread adoption of electric vehicles, it might appear that electric mobility has overtaken hydrogen fuel cell mobility. Nevertheless, given the inadequate supply of rare metals to construct electric batteries, researchers are still betting big on hydrogen. There is a firm belief that it has potential to spearhead the global resolve of achieving the decarbonised energy system. The fact that hydrogen is the most abundant element in the universe, carbon-free, provides thrice the energy than fossil fuels, and gives pure water as the only by-product, this transformational fuel has a major role to play in building a sustainable economy for decades to come. Hydrogen fuel cell efficiently converts the chemical energy of hydrogen and oxygen electrochemically to electrical power. At the anode, hydrogen diffuses through a suitable catalyst and splits into electrons and protons. The protons travel through the porous electrolyte membrane, but the electrons are forced to flow through an external circuit as an electric current. At the cathode, the oxygen reacts with protons and electrons to produce water molecules.

"Be better, together - For the planet and the people" – the brave sustainability concept of Tokyo Olympics 2020. Rooting for hydrogen as a future fuel “is one of a variety of initiatives that we hope will serve as a springboard to increase the demand for hydrogen energy and help create a full-fledged, hydrogen-based economy," the Olympics spokesperson said in a statement. With this ambition of advocating hydrogen energy, the ongoing Tokyo Olympics 2020 is branded as “Hydrogen Olympics.”

Olympism is known to root for assertions beyond pure sports performance. From the outset of the Tokyo Olympics, one of the organizers’ topmost priorities was promoting hydrogen as a carbon-neutral energy resource. The green hydrogen used during the event is produced via water electrolysis driven by solar energy at a newly constructed plant in Namie’s town of Japan’s Fukushima Prefecture. This is a region that had been completely ravaged by the worst natural disaster, Tōhoku earthquake, ever to hit Japan in 2011 which consequently prompted a nuclear disaster. This facility became functional in March last year and houses a 10MW electrolyser coupled with a 20MW on-site solar farm jointly operated by Toshiba, Tohoku Electric Power and Iwatani Corporation. The hydrogen generation plant consumes approximately 10,000 KW of solar energy to generate 900 tonnes of hydrogen per annum. 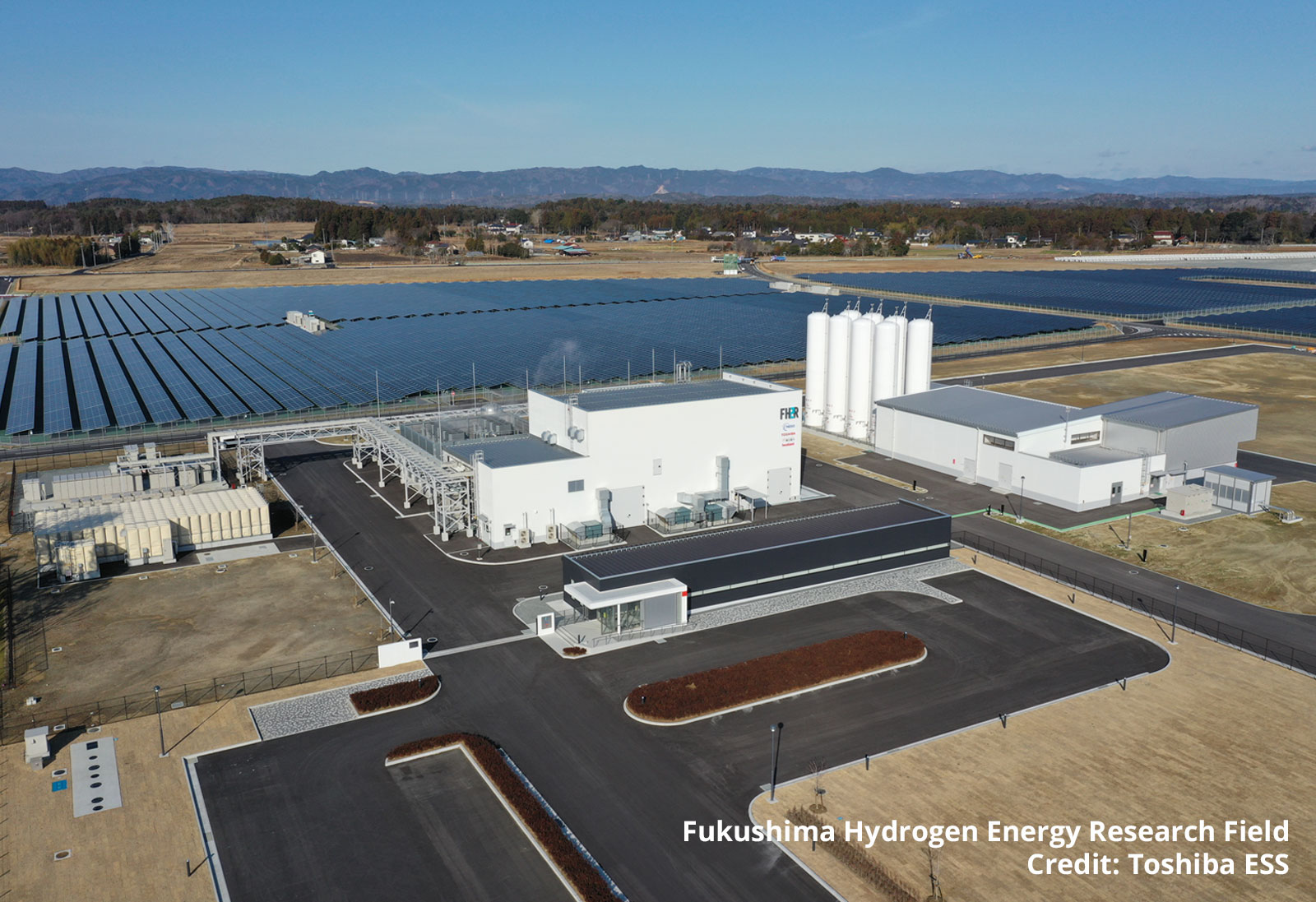 Kickstarted with a series of firsts, the Olympic traditional relay torch was first-ever fuelled with solar power generated-hydrogen aiming for greener games. The sun-inspired Tokyo Olympics and Paralympic cauldrons are also powered by hydrogen. Unlike the previous occasions where Olympic flames ran on propane, this year, hydrogen burnt with its colourless invisible flames. To give the flame a natural yellow color, sodium carbonate is sprayed on hydrogen as a coloring additive.

“With their immense reach and visibility, the Olympic Games are a great opportunity to demonstrate technologies which can help tackle today’s challenges, such as climate change,” says Marie Sallois, Director, International Olympic Committee. Tokyo Olympics has witnessed Toyota Motor Corp’s greatest bet for widespread acceptance of hydrogen power. The auto-manufacturer has rolled out a public transport bus, Sora, powered by hydrogen fuel cells. The fleet of 100 buses is introduced by the Olympics partner, Toyota, to ferry athletes and spectators between venues around the city. The bus is equipped with two 111 kW fuel cell stacks fuelled with ten hydrogen tanks holding 600 liters of fuel -- nearly three times the power output of a Tesla Model S battery. For backup, the bus is armed with a 235-kWh external power supply for an emergency power source. Hydrogen fuel cells possess considerably higher energy density compared to lithium-ion batteries, and are better suited for heavy vehicles. Together with Sora fuel cell buses, the automaker has also supplied around 500 zero-emission, Toyota Mirai, fuel-cell cars to help transport staff and officials. The hydrogen fuel is stored in tanks made up of carbon fibers. The air enters the fuel cell stack installed in the vehicle from the front air vent.

A ‘futuristic’ 6000 units hydrogen-powered Olympic village, in the Harumi district of Tokyo, showcases advanced urban planning by exploring the potential of this revolutionary fuel. Built in a 4,865 m2 site and a home for around 17000 athletes, the Olympic village is partly powered by hydrogen - an operating model of a hydrogen society. One of the buildings in the village, the “Relaxation House” in Harumi Port Park, runs on hydrogen electricity. Hydrogen generated by the electrolysis plant in Fukushima prefecture is used to provide electricity to the dormitories, cafeterias, and training facilities for thousands of athletes who came from around the world. A hydrogen fuelling station and pipelines have also been installed in the area for hydrogen circulation. After the Games, organisers plan to turn the existing facilities into a hydrogen-powered city neighbourhood, supporting a population of almost 10,000 people, with condominiums or rental apartments open for the general public to showcase the prospects of a hydrogen-based economy. The organisers hope that this could leave a legacy behind to be followed by the future generations aiming for a carbon-free society.

Despite these efforts, the Tokyo Olympics has caught some flak for making tall claims of the greenest games in the event’s history. The International Olympics Committee (IOC) is accused of projecting superficial and insufficient sustainability efforts. Environmentalists putting forth the serious allegations of ‘greenwashing’. They argue that this new green face is just a campaign to counter the strong criticism that the Games received in 2018 for bulldozing a green belt from a “sacred” 500-year-old mountain forest in South Korea to make way for a new ski slope used for Pyeongchang Winter Olympics. Some critics even question the procurement of timber that was used to build the new Olympic stadium. Korindo, a timber supplier, has been accused of illegally cutting down tropical rainforests in Indonesia.

There is a bright energy future ahead if only we make the right choices. Accounting for around 22 % of carbon emissions globally, the transportation sector is a significant battleground in the shift to a zero-carbon society. Although this green energy transition is at its budding stage, the development of hydrogen markets, and substantial investments are gaining pace and traction. A future where hydrogen driving the new energy economy certainly seems possible.